The Prosperous Justice Party (PKS) has made a political contract with Susilo Bambang Yudhoyono (SBY) to free Palestine from colonialism, according to a PKS leader.

"PKS has opened up for coalition with other political parties as well as with any presidential and vice presidential candidates, with a common vision priority to develop this nation," PKS Secretary General Anis Matta said here on Monday.

The political contract with SBY did not only cover international affairs but also domestic issues such as anti corruption, he said.

PKS was confident in the corruption eradication efforts as mandated by the reform, because so far no PKS cadre had been involved in a corruption case since the birth of the party, he said.

"PKS cannot guarantee that in the future none of its cadres would be free from corruption. But, until today we can prove that there is no PKS cadre being charged with corruption," he said.

The Islam-based party would intensify its political communication on presidential hopeful after the legislative elections on April 9, 2009, he said.

If PKS could get 20 percent of votes in the upcoming legislative polls, the party would have its own presidential candidate, but would still open for coalition, he said.

Indonesia will hold legislative elections on April 9, 2009, and the campaigning period is from March 16 to April 5, 2009. The country`s second direct presidential election will be held on July 8, 2009.

The world`s most populous Muslim country is a staunch supporter of Palestine and refuses to establish diplomatic relations with Israel as long as the Jewish country still occupies Palestine. 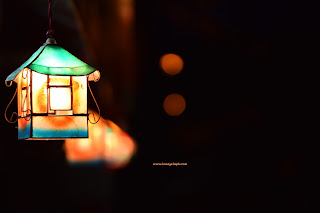