PDI-P Secretary General Pramono Anung told the press here on Wednesday that after April 5, 2009, Megawati would probably meet with Yudhoyono but it would depend on the right momentum related to their common political interest.

According to Pramono Anung, the PDI-P chairperson has asserted that she was ready to meet with anybody because never did she break the bond of friendship with all parties.

"Ibu Mega has yet to make an agenda of her meeting with SBY because in addition to her tight schedule, there is also the difference in her political view and principle," Pramono Anung said.

He added that the difference in her political view with Yudhoyono was especially in relation with the time when the then President Abrurrahman "Gus Dur" Wahid dismissed SBY as coordinating minister for political, social and security affairs in July 2001, and then when Megawati became president in August the same year, she promoted SBY as coordinating minister for political and security affairs.

"The people certainly remember that incident, but Megawati asks that the case not be dramatized as 2009 general election is approaching," Pranomo Anung said, adding that Megawati`s inability to meet with SBY should not be politicized.

He reiterated that the meeting between Megawati and SBY depended on a right momentum which dealt with their common political interest.

"In my view, even without the meeting of the two leader, they will meet after all when they want to talk about national interest for the betterment of the common lot of people," the party secretary general said.

He added that Megawati was scheduled to meet with United Development Party (PPP) chairman Suryadharma Ali here on March 20, 2009 at 14 p.m. to sign a joint agreement with PPP.

Pramono said after the meeting with PPP chairman, Megawati would leave for election campaigns at a number of provinces and districts and to return to Jakarta on April 5, 2009.


Comment:
I bet she dont wanna met SBY, since she 's so arrogant just do herselfish. I dont believe she thinks for people, she just thinks for her prosperity and her heritage. she has not realise that she has already failed in past. Why she did not let it other-young-people to show of force...
Poor her, chasing by her own obsesion 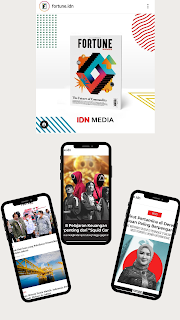